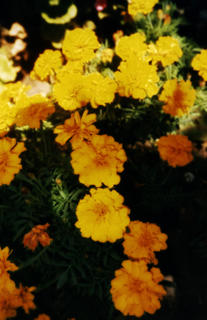 In my family, the word we use for the massive gatherings in which we lend a helping hand is hashr. I’m not sure if it’s a Hindku or Urdu or Arabic or Pukhtu word. “Hashr karna” [to do a hashr] is one of those phrases we use naturally without analyzing the etymological background, just as we call the little hillside of land behind our house tibuki. I’ve always equated a hashr to traditions such as when neighbors gathered together to help harvest one another’s annual crops or built homes as a community. My father translates it as a “house party”: “You invite a whole bunch of people over, and work together to accomplish something, and provide meals throughout the day.”

Through the course of conversation one day, my sister and I decided the reason we’d been feeling so irritable and impatient during the last several weekends was because much of that time had been spent in the company of our relatives. There was the weekend we were in Sacramento when one of our uncles was re-configuring his sprinkler system and laying sod for his front lawn. There were the two weekends when everyone came over to our home in the Bay Area to help erect the new back fence. There was the other weekend when another uncle needed helping hands for painting. Mix in a couple visits for various family anniversaries and baby births, and you’ve got way too much time spent in close proximity with dozens of relatives who, while arguably loveable (in moderate doses), know just which buttons to push to make you feel defensive and drive you slowly insane.

One of the last heated discussions we had, for example, concerned my aunts’ argument that Taha, the new baby of a family friend, was named after a famous PTV film star and not the Quranic chapter entitled “Ta-Ha”. The disagreement was momentarily interrupted only when another one of my aunts absently turned away from the television set and exhorted everyone to “Be quiet and pay attention to this drama that just came on!” [And, yes, I just had to share that conversation with 2Scoops, who, if I remember correctly, was a mixture of amused and insulted, and rightfully so.]

The hashrs at our house were enough to drive me up the wall. Not only did I spend an inordinate amount of time staring wide-eyed at the amount of food my male relatives consumed, I also had to entertain (and pick up after) my nieces and make sure my bedroom was in a presentable state because the women always love walking right in unasked and sitting down to converse with one another. It also involved lots of yelling at the boys, who kept walking in and out of the house without removing their shoes, consequently leaving dirt-tracks on the expensive Persian rugs. And other things I don’t remember but which gave me a headache, and I get headaches on an extremely rare basis.

The good part was, I didn’t have to do all this on my own, because that’s what the other women were there for, to help out. The downside of that was, I hate it when people underestimate what I can do. All day long, I had to stop myself from reminding everyone that during the time our mother spent seven years in Pakistan [this was from 8th grade up until the second year of college for me] and we saw her for a mere three months out of the year, we three kids became adept at running the entire household on our own. Yes, I do know how to cook, and well. Yes, I know which platters and dishes and pans accompany each type of food. Yes, I’m pretty sure I know just how many seconds are required to warm up the baby’s milk, and while I understand your concern that I might give her boiling milk or something, telling me once is good enough, thanks, so stop hovering over me already unless you want to do it yourself. Yes, I already know which mixture of spices go in each dish. Also, I know the dining room rug needs vacuuming, but you’ve got to be kidding me if you seriously think I will even consider cleaning it until after your little granddaughters are finished with their meals. Oh, and one more thing: Leave my damn chicken alone! Thank you. 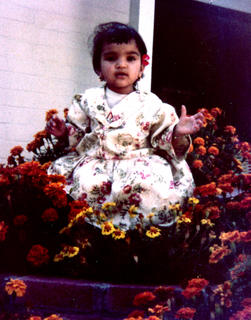 So perhaps you could understand my annoyance when we wandered outdoors in the evening and my aunt plucked a dried marigold flower – or saathbargay, as we call them in our Hindku dialect – and handed it to me. “See, it’s so dry that if you twist it just a little, it falls apart. Hold it like this and twist it around in your hand, see?” I bit my tongue in an effort to refrain from shouting, “I’ve already taken it apart, see? I don’t need your stupid directions for such a simple task. You’re killing me!” She continued, “And you can take the seeds and throw them wherever you want and the flowers will grow there. You should throw them over here, in that row. Go on, throw the seeds.”

In a petty gesture of rebellion, I spitefully scattered the marigold seeds not in the garden terraces my aunt had advised, but within the brick circle bordering the crepe myrtle tree, all the while thinking resentfully, I grew up with these flowers! Who is she to explain them to me! Yes, I am quite childish, I admit it.

A few days later, while walking in the yard with my father, I laughingly recounted this story to him: “So yeah, boboji wanted me to scatter the saathbargay seeds over there, but I threw them over here instead.”

He was amused. “You just wanted to be difficult, didn’t you?”

“Well, yeah! She kept talking to me like I didn’t know anything about those flowers! Remember when I was really little, you used to put me down on the tree stump by the saathbargay and Khalida [our cat, who actually turned out to be a Khalid, but sshhhh] used to sit by me, and you’d take pictures of us? And that one time when I was, like, eight, you and I scattered saathbargay seeds over on tibuki, and when we checked it out a long while later, there were iceplants all over the place, and so I thought that saathbargay seeds turn into iceplants!”

“Yes,” said my father. “But it would have been nice if you scattered the seeds over where boboji wanted you to, because that’s where all the other marigolds are, see?”

“I know, but she was being so patronizing and it annoyed me.”

He laughed a little, shaking his head at the same time. “Well, there’s no need to be defensive all the time, you know. Everybody loves you, you know, but for some reason you’re still so obnoxious. You still persist in this…this hoodlum-ness of yours.”

“Hoodlum-ness?” I repeated, shaking with laughter. “Is that a real word now?”

“Well, of course I do. Even though you’re so difficult all the time.”

“And obnoxious. I mean, just look at how you messed up the symmetry here. There aren’t supposed to be any saathbargay growing under the crepe myrtle.” He clicked his tongue, shaking his head in regret.