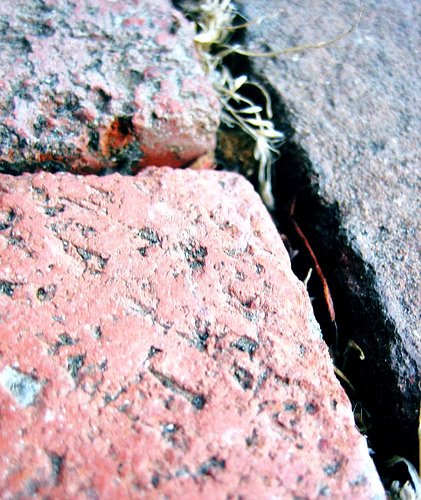 Islamic Relief has recently been sponsoring a series of six dinners around the United States, in order to raise funds for continuing support for the victims of last October’s earthquake in South Asia:

The earthquake which devastated the South Asian subcontinent in October has affected millions. Islamic Relief is working hard on the ground and around the world in order to ensure that the 3,000,000 people left homeless are not forgotten. Please join us to help us in our efforts to provide sustained rebuilding and rehabilitation projects to a devastated population. [Rebuilding Lives, Restoring Hope]

If you were following this weblog towards the end of 2005, you know the earthquake is something I felt quite emotional about.

So when my sister forwarded the email about last Saturday’s fundraising dinner in the South Bay and I sent it to my father with a note asking, “Daddy khana, would you be interested in going to this event?”, I was gratified to receive an instant email back: “Absolutely! Let’s go.”

At the dinner, I was impressed by the rundown of Islamic Relief’s work, their speeches and powerpoint presentations and video footage and the 4-star rating accorded them by Charity Navigator (the largest charity evaluator in the U.S.), and their overall professionalism – but mainly I was impressed by their passion for what they do. The speakers I heard that evening – not only the Islamic Relief people, but also local community leaders and activists – have dedicated their lives to helping people and making the world a more beautiful, safer, respectful place, through various efforts. The least the rest of us can do is support such causes from the safe distance of the secure homes and comfortable lifestyles we inhabit.

In all the speeches about the earthquake, and about giving and making sacrifices in solidarity and in compassion, the part that struck me the most forcefully was when one of the brothers up there said, “We all set aside money sometimes, here and there, thinking we’ll use it later in the year, for something or other. I know you’ve saved your money for something important.”

He paused, then added quietly, pointedly, “Maybe this is important.”

Someone later mentioned, “Alhamdulillah [all praise is for God], the winter in South Asia was not as harsh as we had thought it might be: there was only three feet of snow, as opposed to the six feet we had been expecting,” and I sat there remembering that, in the two days prior to the dinner as I hung out with the ALL STAR CRACKSTAR SQUAD (killer phrase trademarked/copyrighted/all that drama by 2Scoops, and, don’t worry, you’ll hear more about the hanging out sessions later), all I had done every time we ventured outdoors was scrunch up my face like a disgruntled five-year-old and whine, “Why is it raining, dammit?”

I was stunned. Three feet of snow? I’m so sick of winter, I can’t even handle three drops of rain. Clearly, some necessary perspective is in order.

If you’re in Chicago, Tampa Bay, FL, or Dallas, the event’s still on. Take a couple of hours out of your evening, and go.